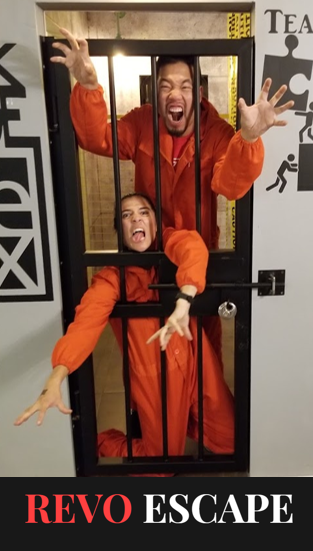 RevoEscape opened their doors in early 2019 and we got to play both their games in June. Their escape rooms are designed to be as authentic as possible (see the Escape Room Divas podcast on "mimesis") in that you can use whatever is around you to escape the room without, of course, destroying things. If you think about it, it doesn't make sense to solve riddles to open a cell unless the theme was a serial killer toying with you. There was no searching for a key in a secret location or random texts on the wall to decipher a secret code, everything was meant to be solved as if it were a real life situation. You could imagine how stumped we were when were started out in our jail cells in our first room. From their site:

The Lab: Lockdown
"I've been here for...I don't know how long it's been. There are no clocks and no windows in my small room. I'm alone in my cell, but not the only captive here. We speak to each other through the walls. None of us knows why we're here, but our last memories before waking up here are the same: we were interviewing for a job, gas filled the room we were waiting in, and then...we woke up here.

All I know is they've been testing something on us. I have needle punctures and suture scars all over my body...Security ran in as Steven escaped from his cell. The guard opened fire but Steven was an unleashed beast and smashed the guard's head against the wall and fled...I was shocked trying to figure out what happened...the alarm went off. "Code red, code red, all personel evacuate from your labs immediately, the research center will self-destruct in 75 minutes."

After calming down, I now realise this is it: our only chance of getting out of here. Or die."

AI Martyrdom
"You and your friends were camping in a remote forest to enjoy the quiet of being away from civilization. One evening while you were chatting after supper you got a radio broadcast message thru your walkie-talkie.

You responded to the call and started a conversation with the woman and was told that they were looking for volunteers in the area to assist them to resolve the issue, which should be as easy as turning off a switch.

You also figured that the coordinate of the station was just a few kilometers away. You arrived at the coordinate and realized that it's apparently not a transformation station but a military base.

The woman in the radio said she lied to you and this building is indeed a military base, a nuclear missile launch facility to be more specific. However, one thing was true, that is they were in trouble, big trouble."

The Lab: Lockdown
The environment took place in a realistic prison setting and everyday tech was utilized in order to maintain the feeling of a "real" life scenario. There were no weird gizmos or placing objects to reveal secret doors in this game, which was hard to believe for an escape room!

The "puzzle" highlights were when we had to think of physical solutions in a way we never had to in previous games. There were a few instances where I thought "I could really get hurt if I did this" which of course was because I was thinking of doing something stupid. Also note that people with limited mobility would not be able to fully enjoy this game and we're not even sure if they would be allowed to play

We played the game on a high difficulty (we usually don't) as one of our teammates was gung ho about it so we played along. There were some game elements that can be modified to increase the difficulty in two ways: By solving things in a smarter physical way (cool) or by adding tedium to elements. One example of the latter would make transversing the space, back and forth, significantly more time consuming.

There was one solution in particular where our idea would have worked for a lower difficulty, but not on a higher one, which is interesting because you essentially have a completely different solution to what is basically the same task. There was also a scoring system which rates how well your team performs.

AI Martyrdom
Similarly to The Lab: Lockdown, the game was built to be as realistic as possible. This was quite a difficult game, possibly because we were tired after the first experience. The story line was rather complex and hard to follow but nonetheless interesting after learning about it in the walkthrough.

The set was also extremely detailed and well done. The physical puzzles varied from tough but fair, to some which seemed unfair. Unlike the Lab, where we didn't have the right concept on how to solve something on a higher difficulty level, there was an instance where we knew what to do but a timer constraint made it almost impossible to accomplish. After struggling for what felt to be quite a while, the GM lowered the difficulty to something more achievable. 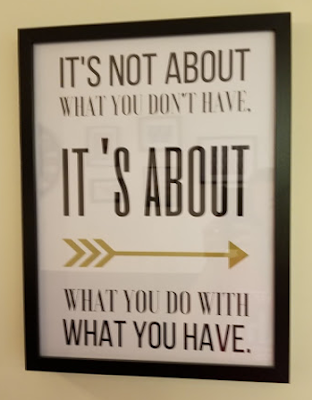 The Lab: Lockdown
The physical nature in the latter part of the experience was awesome! I realized that there was a slight spoiler on their website but we had no idea about this element going in.

AI Martyrdom
Another challenge which required physical interaction between teammates that you never see in other rooms.

The Lab: Lockdown
The hint delivery system (walkie-talkie) was the only thing that was out of character. If it were to be integrated such as an outside contact helping you, that would help make it more in theme.

AI Martyrdom
A challenge that becomes tedious because of a time constraint really sucks the energy out of a team, especially when it last over 10 minutes. Introducing a lower starting difficulty, or lowering the level more quickly would be ideal.

The Lab: Lockdown was a standout in the Toronto market and a must play. We are happy to award it the highest rating of 5 gold stars! The game stayed true to being realistic and had some novel physical game mechanics that we want to see more of. My uncle joined us for the game and I will forever see him in a different light. Although he is not a big man, I learned he has the strength and agility of Spiderman.
See their website here: https://www.revoescape.com

Disclosure: RevoEscape comped the tickets for this game.
Posted by Randy at 6:53 PM