July 2019
Escape Rumors is honored to be part of the nomination panel for the top escape room in the US for the second consecutive year. We played at 13 of the 20 escape room finalists and they can be found on our ratings page. You can also find full reviews for some these games here.

June 2019
During out trip to Toronto, we met up with the Room Escape Divas (Errol, Manda, Margaux) to play Mindshaft at Escape Games Canada. We also decided to do a podcast about nothing! Check it out here and thanks Room Escape Divas for having us! 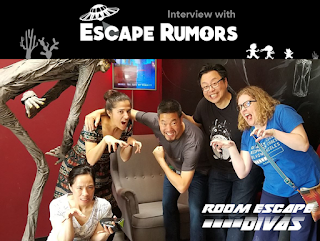 January 2019
We are proud to announce the Escape Rumors Achievement unlocked Medalists for 2018 along with our Year in Review Infographic!

We have some great games from Barcelona this time around! 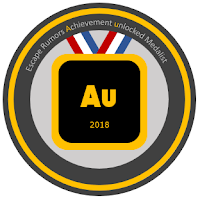 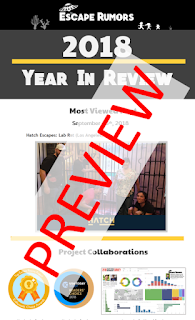 September 2018
Escape Rumors is honored to be part of the nomination panel for the top escape room in the US. We played at 14 of the 20 escape room finalists and they can be found on our ratings page. You can also find full reviews of some of the rooms here. 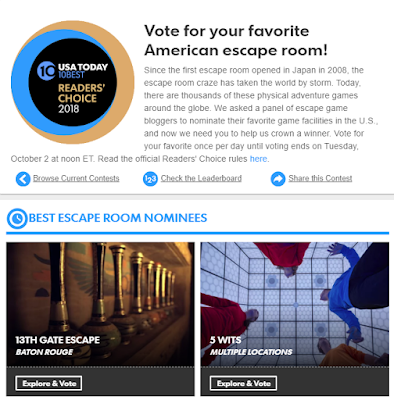 July 2018
David and Lisa from Room Escape Artist (REA) offered an escape room tour for the second year in a row and for 2018 it was in New Orleans (NOLA). I heard a lot of buzz about rooms in that area but wasn't sure how they would hold up to the best rooms I've played prior to the tour.

I didn't think that I would have the chance in the near future to go to NOLA, let alone the nearby cities of Tickfaw and Baton Rouge (90 minutes away), so I decided to sign up. I bought a pre-sale ticket and by the time they opened up the tour to the public, only one of 24 tickets was left! David and Lisa were able to secure a second bus on the tour due to popular demand and the rest was history. See our review of the amazing Escape Immersive Explore our by RoomEscapeArtist in New Orlean here! 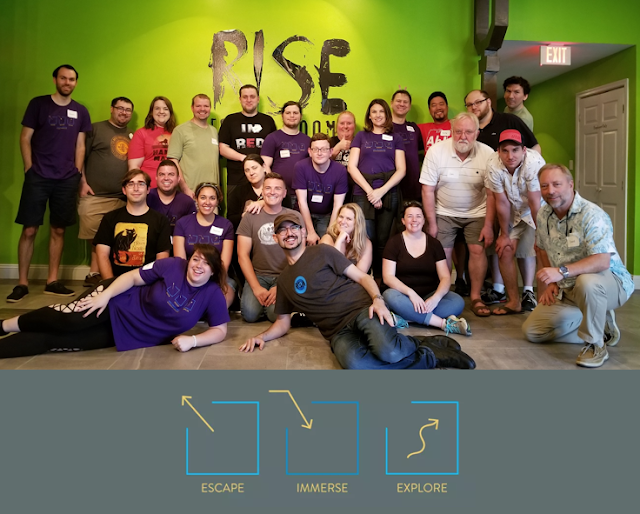 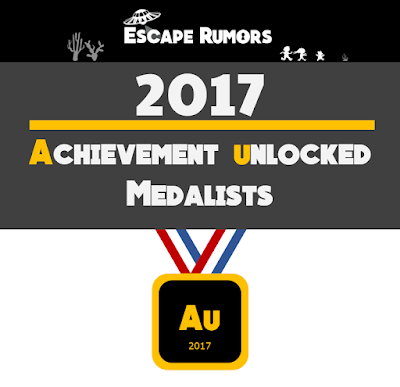 September 2017
Fellow escape room enthusiasts Errol Elumir and Lee-Fay Low compiled an insightful survey about escape room players and owner. The below is a snippet of one of the charts in the survey and you can see the professionally done summary summary here. 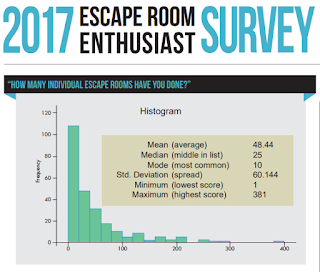 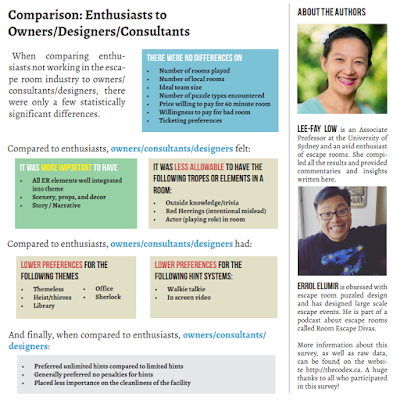 April 2017
At EscapeRumors.com we always want to learn more about about players and creators. The below is our first interview and we plan to have more with folks with various backgrounds. Please reach out to us (info@escaperumors.com) for any comments or questions!

Richard Thames Rowan, game designer at Epic Team Adventures in Seattle
Rich has quite the resume in game design having worked on projects for Microsoft, Wizards of the Coast and GLU Mobile. See more.