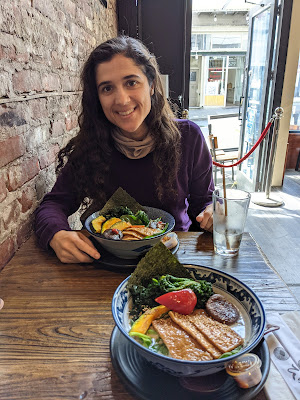 What are your favorite types of escape rooms?

I like bright colorful rooms with some silly elements and uncommon themes given that we've done so many rooms. I appreciate crafty sets where the game owners wow us with their creativity.

What was the funniest thing you have seen in an escape room?

I remember Lab Rat in LA had several laugh out loud moments. The premise is ridiculous to start with, there's literal puns all over the walls and some glorious celebration moments with accompanying music. Most of all, it toyed with our team dynamics and left us dumbfounded.

How do you cope with playing so many escape rooms and not being an enthusiast?

Not being an enthusiast doesn't mean I don't like escape rooms. I just would prefer to do one a day instead of say five or six! I have a good time tagging along, but by the end of the day it's all a blur! It's a puzzle in itself to schedule so many rooms in close succession, so I'm grateful to everyone that is willing to do that amount of planning! I guess in general I'm more of a generalist that does a little bit of everything than a specialist that goes all in like you, but I admire your passion.

What is your favorite escape room of all time?

I'll always remember Abduction 4 in Barcelona. Already the rooms in Spain were next level in terms of immersion and physical challenges, but this one brought it to the next level. It starts as you walk in the door and doesn't stop till the last second!

What are your favorite elements in an escape room?

As mentioned before, I like funny elements a lot. If I'm going to play an escape room, a big part of it is the social element, so cooperative puzzles are always a win, whether it's being locked in separate rooms and having to communicate back and forth, or having to coordinate triggering multiple elements in succession. Interacting with actors is always memorable too. And finally, I enjoy large physical puzzles, because those are more immersive and take me out of my routine. I spend my days behind a computer screen at work, so when I go to an escape room I'd rather it be real world interactions.

What was the last escape room that you played?

We got to play the newest room, The Attraction, at Palace Games in San Francisco. It was super high tech, almost too much, bordering becoming a video game.

What type of escape room would you like to see get created?

Maybe an outdoor escape room, that blends orienteering, obstacle courses, and puzzles... But maybe I'm describing a different sport! I'd like to see unusual yet educational themes for escape rooms, like a magic school bus.

Do you ever follow the story in an escape room?

Sometimes, but typically we're too busy trying to get out in time! A simple, easy to follow, plot with an immersive setting typically fares better than an intricate plot that distracts from the action. It's tough to be asked to pause and hold still to listen to story points or to read a whole diary when the clock is ticking.
----
Thank you for being the best Sarah :)