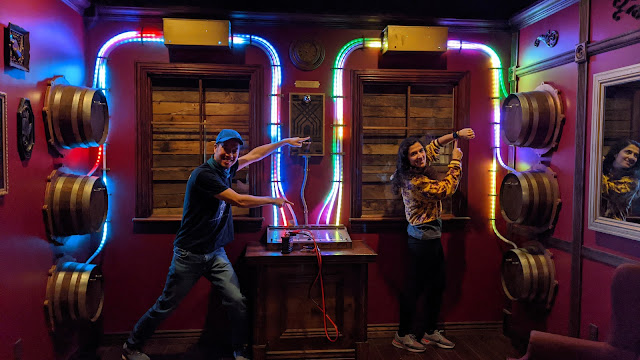 A short stop over in Denver allowed us to play a handful of really fun games. We did not have much time but we were still able to hit most of the top locations in the area. We were also fortunate enough to make our way to Fort Collins for a day as well and the below will recap our experiences.

Getting Around
We opted to use ride apps to get around because renting a car for some reason was almost $100/day. It worked out cheaper for us this way and were lucky to get a lift up to Fort Collins.

Game Impressions
The level of polish for the games that we played was high and the puzzling was also challenging. One of the games we played had such a stunning atmosphere and another was difficult to the point where I could see a lot of people struggling to enjoy the moment. More on this to come.

Do Other Things
We really did not have much time but many people have recommended a visit to Colorado Springs. Perhaps the next time we visit we will be able to see a little more of the area and the surroundings.

Rabbit Hole  (Louisville, CO)
Games played: "Frost Base Z" and "Paradox"
"Frost Base Z" took place on a magnificent frozen base straight out of the movies! While the "virus in the lab" theme was far from unique, the execution of this game was at another level compared to most games out there. The puzzles were thematic and it made us feel that we were in a different world. It might be because I am a huge sci-fi fan but I really enjoyed the tech used to integrate the puzzles and move the story along. This was our favorite room in Denver.
"Paradox" had an inventor's theme and the central gameplay revolved around a sleek looking centerpiece. The game started off in an ordinary fashion and there were some really visually spectacular effects that took place. Solid game play, similar to "Frost Base Z", but with less discovery. 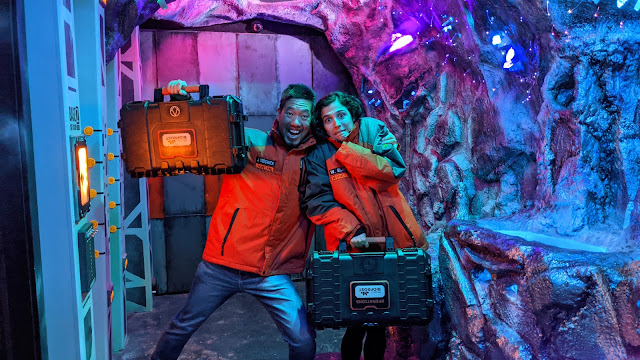 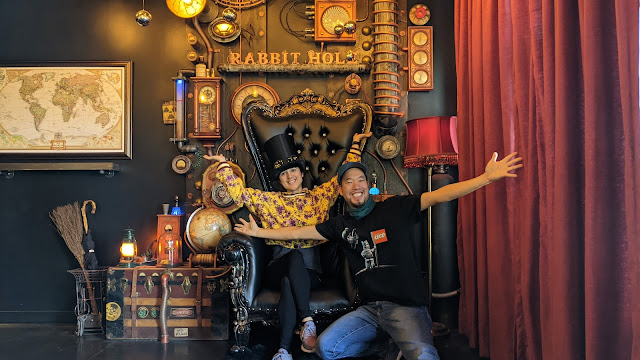 Conundrum (Arvada, CO)
Games played: "Experiment C73", "Hollywood Mystery"
"Experiment C73" was a psychological experiment that had a lot of "aha" puzzles. There wasn't anything flashy but the gameplay was clever, clean and different enough to be a very enjoyable room. I am biased towards rooms that make me chuckle.
"Hollywood Mystery" was a standard room meant for beginners and it would actually be a great starter room for anyone. It's easy and gets your feet wet in the world of escape rooms.
303 Escape (Thornton, CO)
Games played: "Homicide Hotel"
"Homicide Hotel" was the new kid in town and almost nobody we knew had the chance to play this game. I normally skip horror rooms but was assured this was more creepy than scary. The room turned out to be a pleasant surprise with great immersion and discovery. It was on the easier side but it is defintely work playing if you are in the area. 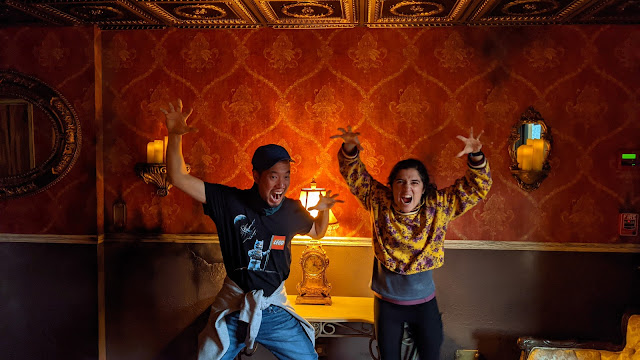 ConTRAPtions (Fort Collins, CO)
Games Played: "Plight of the Margo Part 1 & 2"
"Plight of the Margo" was an interesting game. The set felt like an actual industrial spaceship like what you see in the movies. The computer interface was something out of a movie. The props were great and there were so many things in the room that...we often did not have a clue what to do. This 3 hour game had a LOT going on and the level of difficulty was very high. We played with two newbies and you could tell that it was just too much. At times, some teammates would spend 20 minutes on a task where they knew exactly what to do, it just was hard to get right. Indeed a polarizing game but nonetheless quite impressive for seasoned veterans looking for something different. 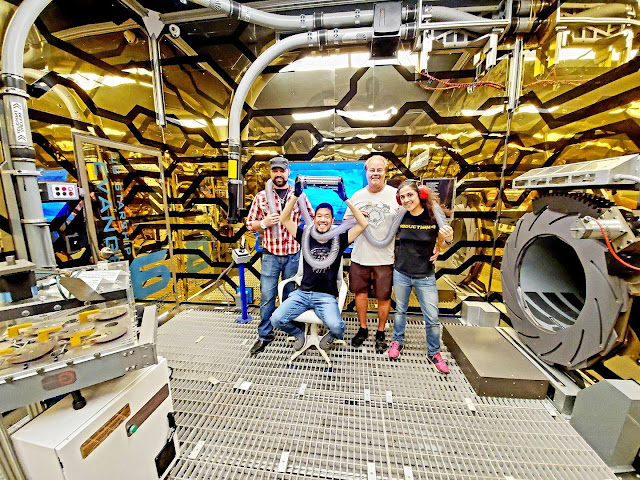 Some other rooms that we heard great things about during our research and talks with locals but did not play were:
We hope this post helps out anyone who is hoping to venture off to Denver to play escape rooms!
Posted by Randy at 12:23 PM