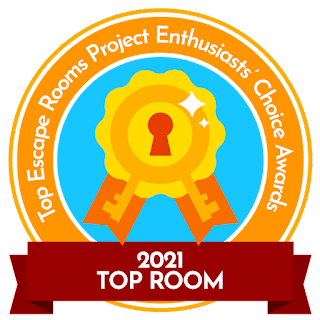 If you were ever wondering what the top escape rooms in the world were, TERPECA does a pretty good job at aggregating ratings across trusted enthusiasts across the globe. In my opinion, this is vastly superior in comparison to sites like TripAdvisor, Yelp, Google Reviews and even the Facebook Escape Room Enthusiast group. For TERPECA, only enthusiasts who have played +200 escape rooms can nominate rooms and those who have played +50 can stack rank the games they have played. Note that only games that can be played in English are eligible. From TERPECA's site:

I have played 10 of the top 50 rooms which are listed below (links for reviews). These are all great games and I would say that there are many other rooms that did not make the list that are just as fun as the below. Anything with a 5 stars in my ratings are all top notch and must play escape rooms.

25. The Lost Island Of The Voodoo Queen - Escaparium (Montreal, Canada)

2021 was a tough year to travel and play escape rooms so hoping that 2022 will be a better year!