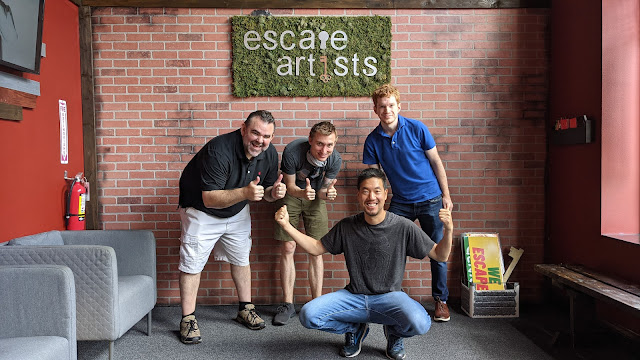 Orlando is known for its theme parks like Disney World and Universal Studios but as true enthusiasts, we came here to play escape rooms! We played 24 games in the Orlando area and four in Tampa (90 minutes east of Orlando by car). While the area is not known to be an escape room hot spot, there were a few games that were great and definitely worth playing. 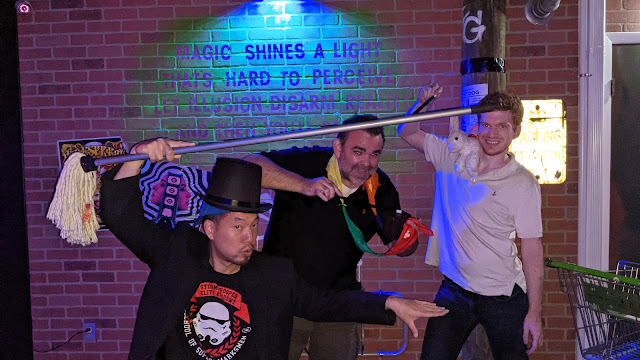 There are a lot of magic themed escape rooms out there but none are quite as spectacular as "Servants of Sleight". The overall narrative and unique interactions perfectly blend into the environment. This game did a good job across pretty much all escape room elements such as set design, puzzles and fun factor! Based on other enthusiasts reviews, this game could be the top game in Florida!
Doldrick's: Captain Spoopy Bones and the Magnificent Quest For Some Other Pirate's Treasure! (Kissimmee, Orlando Area) 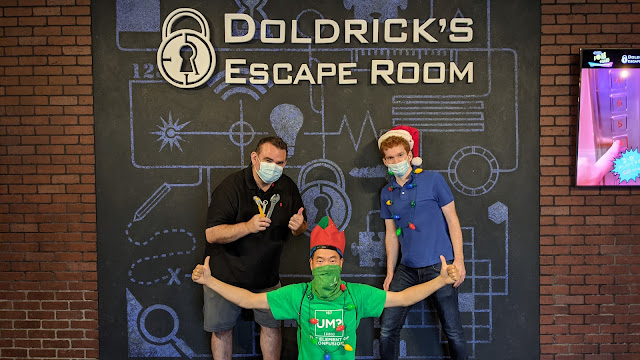 Doldrick's was a standout in the Orlando area with multiple great games. This game was their largest creation and it had a wonderful final act with nice tech that set this game above all the other games we played in Orlando. All the games at Doldrick's were whimsical and I thought that the Captain Spoopy character was pretty funny and I am sure that this played a role in my rating. While at this location, you should also play "Spoopy's Ghoulish Graveyard" and "Super Bomb Squad" which were also solid games.
Escape Venture: Bros For Life, Fraternity Heist (Orlando) 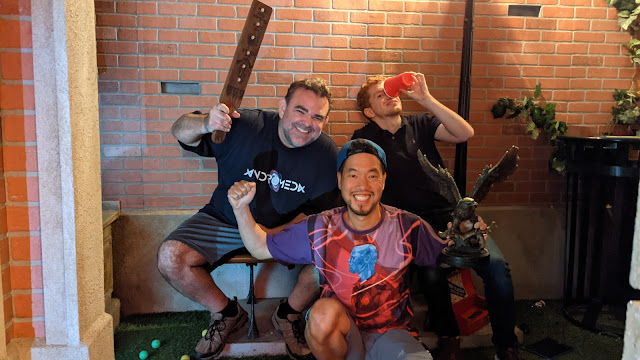 Having a theme that I have never seen in 400+ rooms was a bonus in my book. The start of this game was the highlight and it made us feel like frat boys doing stupid things which was very fitting. While at this location, you should also play their Christmas game, "Satirical Miracle", which we almost liked as much as "Bros For Life".
Mind Masters: Strange Magic (Orlando) 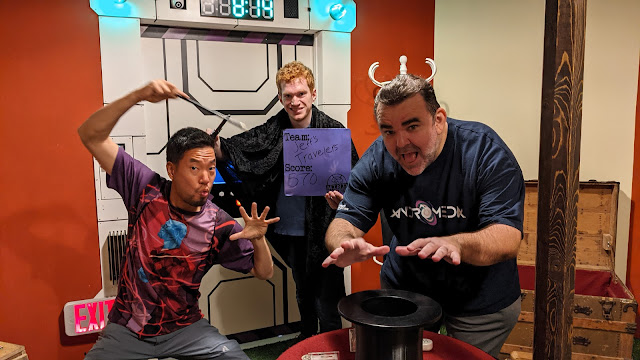 Strange Magic was one of my top single-room experiences. Some really clever integrations of puzzles into the environment made for a lot of cool moments that tricked us. If you are in the area, you should check Mind Masters out!
Escape Artist: Dream (Orlando) & Protocol Zero (Sanford)
These two games are actually located in different locations that are about 30 minutes apart. Dream, A 90 minute game had some funky room concepts and some novel interactions throughout a large physical space. Protocol Zero had a great space station setting that you rarely see.  I recommend playing both these games in Orlando.
The Escape Game: Mission Mars (Orlando) 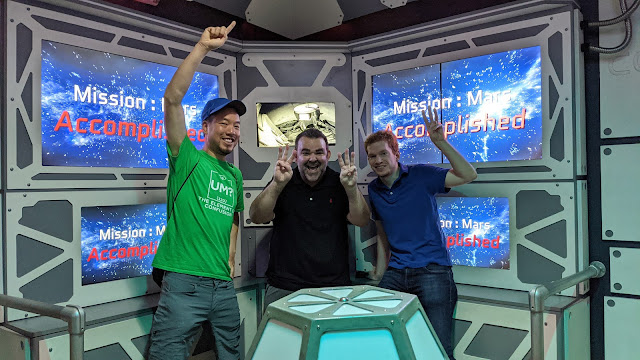 Another solid game, as with many of the other "The Escape Game" escape rooms. It's rare to see a super clean, sleek space environment which is exactly what this room offered. I also played "The Playground" in Houston and Special Ops in Minneapolis and San Francisco and assuming the Orlando location has identical copies, these games are also great.
The Bureau: Puppet Heist (Orlando ) 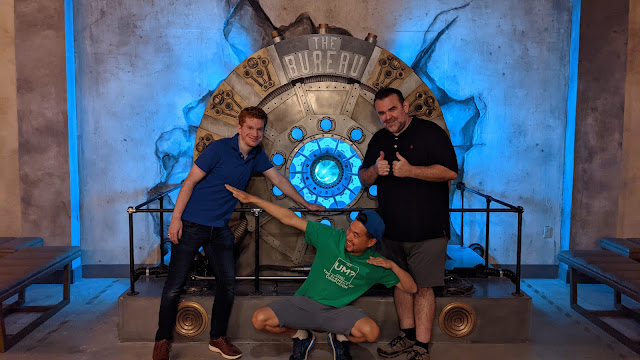 This will undoubtedly be a controversial pick! My teammates didn't like this game but I applauded the unique style of it. First of all, we were in a Muppets-style universal and interacted with Muppet-like characters. We had to do things that we probably wouldn't do in other escape rooms. Some of the puzzles were not intuitive so going into this game and knowing this would help a lot. I also like whimsical themes, something my teammates did not generally enjoy. The lobby is also enormous and nice just to visit. 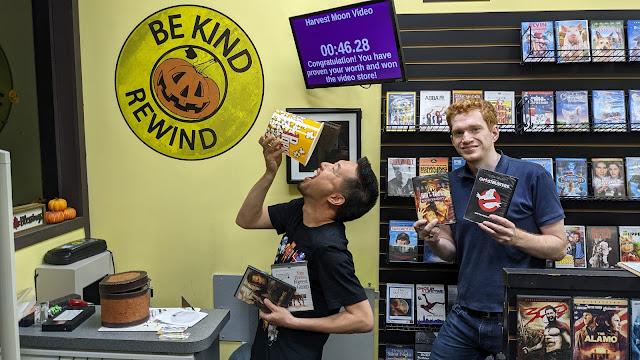 Here are some other honorable mentions:
We hope this post helps out anyone who is hoping to venture off to Orlando to play escape rooms!
Posted by Randy at 5:37 PM