Escape Games Canada was another Toronto escape room company that was highly recommended by escape room enthusiasts. There are two locations somewhat far away from the downtown core: one in Mississauga and one in North York. I was lucky enough to be staying close to their North York location (40 minutes north of downtown) where they have six, soon to be seven, escape rooms. I was expecting to have a great time with a bunch first timers by playing "Crossroads" and Syndicate: Relic Heist.

With an incredible set design and great use of technology, Crossroads is sure to please almost any type of player. From their site:

"Crossroads: A serial killer is on the loose... Can you and your team of detectives catch the killer and save the next victim before it's too late? CAN YOU CATCH THE KILLER?

There's been a string of brutal murders at the stroke of midnight over the past month. As detectives, you must follow the killer's trail down to an abandoned subway station in an attempt to catch him before he kills again. Filled with suspense, Crossroads takes you on a wild adventure where quick thinking and teamwork are vital to your success. Think like a killer and move quickly. Time is of the essence."

The puzzles in Crossroads were mostly linear and I like how Lisa from Escape Room Artist put it: "Crossroads relied heavily on indexing puzzles". There was one puzzle where pen and paper would have been useful and given it was not provided, everyone had to memorize stuff. Actually having more people simply to memorize things would help but I'm not quite sure if this is a good thing.

There was a pivotal point in the game where we had to make a decision and little did we know that this decision actually mattered. We found out at the end that based on our actions, we made our lives more difficult. This was pretty unique in terms of game play but in the heat of the moment, we didn't realize this was even happening. We might have chosen differently if we were given a heads up about how this worked ahead of time.

The hint mechanism was communicated via a touch screen which was great as it was easy to use and instantaneous. All the hints are there and it's up to you to decide if you want to use them.

The set design was top of class with high quality, detailed sets and a very large footprint. The reveals and rollout of the game, from a physical and story perspective, was excellent and what I felt to be the most impressive aspect of the room. The technology was amazing and the immersion was great!

The moment you walk in, you'll notice the high production value and the amazing movie-like set. The bar for immersion was set really high and grandeur of this escape room was second to none.

While the puzzles were above average, they weren't anything out of the ordinary. There was actually one puzzle that is probably the most common puzzle type that we've seen many times in the past. Also, memorizing a ton of stuff without paper may not be for everyone.

Crossroads was a solid room with great immersion and set design. While the puzzles aren't out of the ordinary, the overall look and feel was incredible and the level of polish stands out from many Toronto area rooms and actually most rooms we have played in. 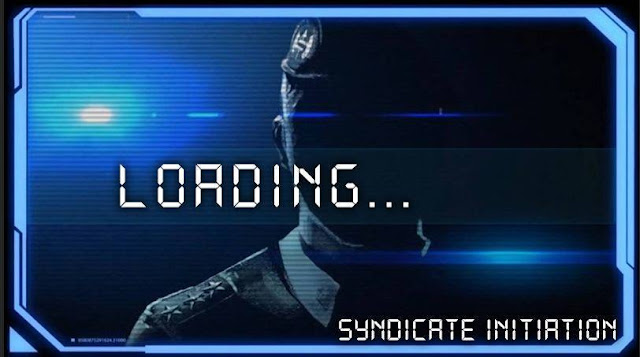 There are really two distinct ways to play this game and this will result in having two pretty different experiences. One part of the group played a strategic role while the rest executed upon the strategy. From their site:

"Syndicate, Relic Heist: The Syndicate, a powerful extra-legal organization, has failed to secure a relic of unknown origins. The task has therefore fallen on you; the Syndicate's most elite unit. Steal it, leave no trace, failure is not an option."

In this linear room, there was a good mix of tangible and text puzzles. A few puzzles were simple, yet they felt like they were straight out of a heist scene. It was one of those "they should do this in an escape room" moments that materialized into real life and it was so fulfilling. The "strategic" role required someone to help direct and guide the team into stealing the relic and the corresponding puzzles were more text-based. The rest of the group had to be a little more physical in figuring out how to use their environment to move along.

A unique aspect of the game, which I read about in other rooms but never played before, was that in order to achieve a high score (yup, there were points), we had to ensure that everything we moved was placed back in order. That made it a LOT harder as there was extra pressure in resetting the room. We actually got caught up in this and exited the room just as time ran out.

Similar to Crossroads, the set was expansive, high tech and polished. Tech was used appropriately but there was one tech portion that felt repetitive.

The distinct roles in Syndicate and the unique cinematic-like puzzles provided a movie like experience that is rarely found in many escape rooms. The large physical format and cool tasks make Syndicate one of the most enjoyable rooms I have ever played.

One frequently used interface required the user to input something, many times and the same thing over and over. Please...make...a...shortcut.

Syndicate was a solid room that has a unique gameplay. I encourage those who play it to try and play both sides for the full experience.


See their website here: https://escapegames.ca
Posted by Randy at 7:23 PM