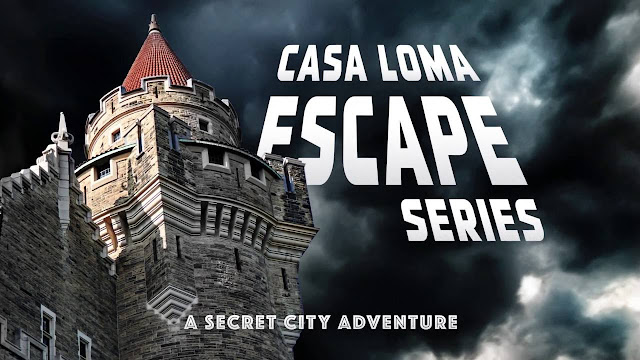 So you're staying near downtown Toronto and ask around about what escape room you should do. What does everyone say? Casa Loma! This Gothic Revival style house is a landmark and similar to "The Secret of Station House No. 4" in that the actual location the game takes place in was film worthy even before escape rooms were invented. I don't know how companies are able to partner up with landmarks but the setting and environment are absolutely perfect.

Toronto is known for having large format rooms and I signed up as a solo player in Escape the Tower and Station M. The exterior of Casa Loma is magnificent and I was hoping for the game play to be great as well. 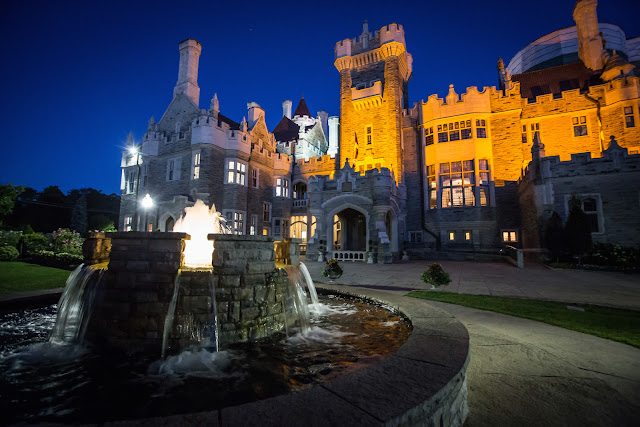 An incredibly immersive set combined with some in-game actors makes for an enjoyable time. The pre-game introduction is done in an actual sizable theatre room and makes you feel like a secret agent even before the game starts. From their site: 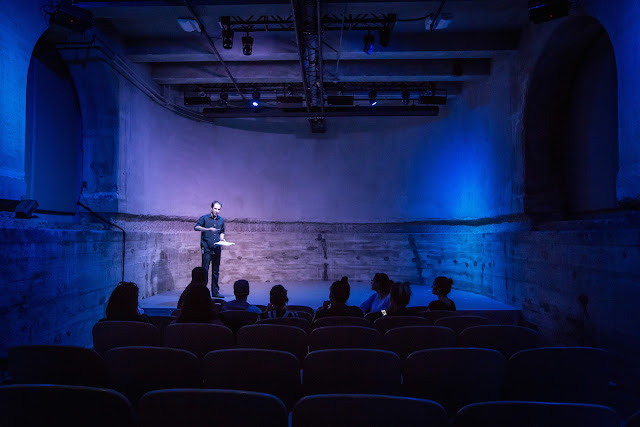 Given the large group format, there were a lot of puzzles to be solved in parallel. There were quite a lot tactile puzzles and some automation but nothing out of the ordinary. The strength of the rooms came from the set design and the actors.

The look and feel of being in an old fashioned brick tower is best achieved by...holding the game in an actual old fashioned brick tower. I don't know if this is considered unfair in comparison with other rooms but the decor was perfect. Climbing up multiple levels of the tower while advancing in the game was fulfilling and the immersion was great.

Being in an actual Tower and enjoying the astounding surroundings. I'm not sure I will ever play in a more realistic setting.

I felt that the puzzles were fine but were not all that unique. Some puzzles felt pretty common and were a bit of a chore to solve.

The grandeur of Casa Loma makes this game worth playing. The puzzles are normal but the environment is likely the best you can get for such a theme. The actors add a nice touch as they were enthusiastic and well versed in terms of how to provide hints while maintaining character. The feeling of being on a mission to steal the U-Boat locations was effectively communicated. 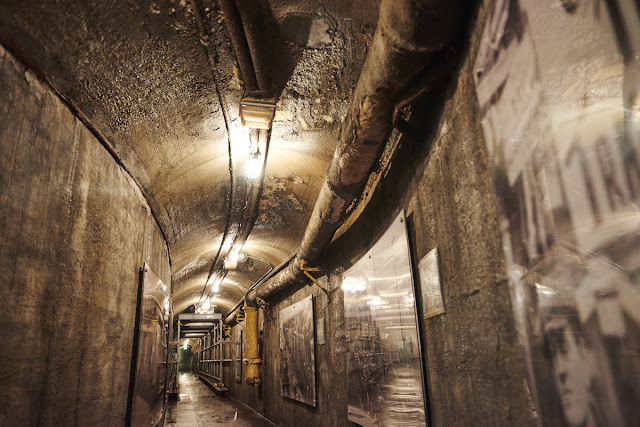 Similarly to "Escape The Tower", the setting was magnificent and took place in what felt 100% like an actual secret underground highout.

The style was similar to Escape The Tower in that there was a LOT to do and dividing and  conquering was the only way to go. The actress in our game was excellent and she communicated a sense of urgency and despair to heighten the experience.

The puzzles were more refined when compared to Escape the Tower and both the Case Loma rooms were huge.

There is a transition that takes place in the game that requires everyone to walk to the next location (see image above). Now I don't know if it was purposely designed this way or it just happened to work out but the walk was pretty long and would be impossible to implement had we not been in an actual castle.

This might be a comment for all large format groups but half the time I had no idea what was going on in the other part of the game. It felt a little too big but I suppose if I had been playing with a group of friends this would not have been an issue.

The immersion of the room was great and the puzzles were solid.


See their website here: https://www.secretcityadventures.com/casaloma/
Posted by Randy at 8:18 PM