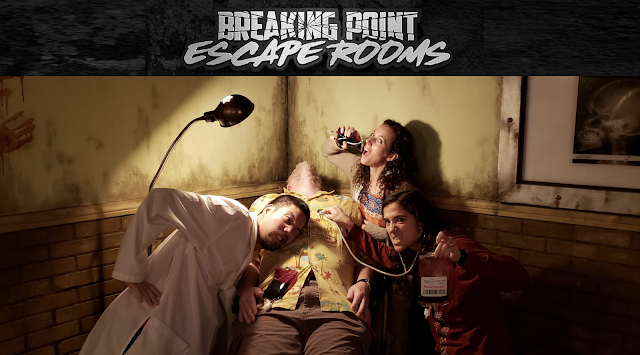 Breaking Point Escape Rooms was the new guy in town when we played their adventures. Not many enthusiasts had played any of their rooms and we decided to try them out despite being quite out of the way in Rancho Cucamonga (+40 miles from LA). The focus of this review will be on "The Secret At Whitmore Escape" and some comments on "Patient 17". From their website:

"The Secret At Whitmore Escape
An award winning crime novelist inherits his family's mansion after their untimely demise. Soon after, he is reported missing. Residents throughout the local community are on edge as they witness strange events on the property. Can you uncover the secret at Whitmore Estate?

Patient 17
An undercover agent is working for a doctor who has ties to missing women. A disturbing series of video updates reveals that her cover may have been blown. Do you have what it takes to save her? Or will you become the doctor's next patient?"

The Secret At Whitmore Escape
The set takes place in house which was a really common theme and something we have seen many times before. While an appealing environment is key to having a great room, what sets this game apart from the others was the impeccable execution. The game flow was smooth and everything was polished to the point where you can't help but appreciate the effort that went into the entire game. I dare to say that the level of polish rivaled some Disney sets but homemade by only two talented individuals. There were no red herrings, no heavy searching and a good variety of puzzles. The rooms were bright and clean which often isn't the case for games that take place in an old mansion. There were also large physical contraptions that made inputting numbers fun! 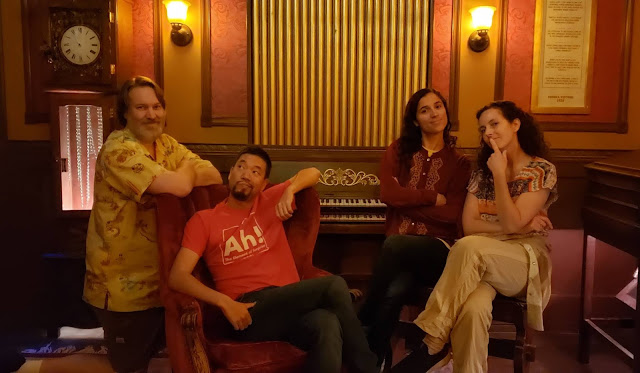 Patient 17
The clean style game play was also evident in the first room that Breaking Point released. While not as intricate as Whitmore, this game still provided some great puzzles and clever use of spaces.

The Secret At Whitmore Escape
There was one moment that made some of us jump...just a little bit :)

I'll be nit-picky and say that I wish the themes were more unique.

The Secret At Whitmore Escape was an exemplary room in that it had a great aesthetics that were matched by some clean game flow and some clever puzzles. It's quite rare to see all these aspects come together, especially for newcomers in the space and we highly recommend this room for all levels of players!