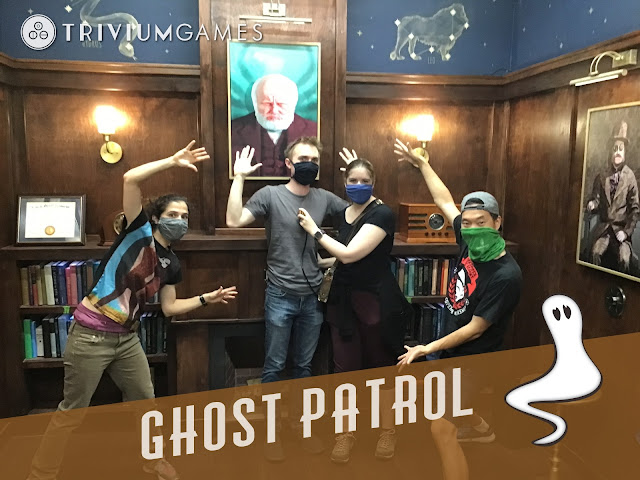 What do you get when you combine a beautiful set with clever puzzle design? You get one of the top games in the country! Trivium's "Ghost Patrol" is at the top of almost every Northern California enthusiast's list for a good reason. This ghost themed room was actually not scary at all so we can recommend it for enthusiasts and families alike. From their website:

"Spirits can be a real nuisance for the living. So how do we deal with these pesky poltergeists? Just trap them, right?! And then what, store them in some big, central containment unit indefinitely?! Imagine the liability! We're not animal control, we’re detectives! If we can figure out why the ghost is hanging around and fix its problem, then POOF! No spirits to store and no messy clean up. "

Ghost Patrol's set design was impeccably clean and visually pleasing. The attention to detail was apparent in so many parts of the game ranging from the environment to the puzzle flow. The early puzzles built up the knowledge base needed for the later puzzles which was just brilliant and frankly uncommon in many escape rooms. What we also loved was that it was very clear what objects were "in play" and which ones were not so we didn't lose any time debating if we had all the necessary elements to solve something.
The technology used in the game was well hidden and just like many other aspects of this escape room, seamless. The crafty use of lighting and sound enhanced the gameplay and added to the overall immersion of the game.

The originality and continuity of one of the main puzzle elements was great! Many other items in the room were also custom made which added to the uniqueness of the experience. On a completely different note, the odyssey began with a memorable sci-fi Easter egg.

Ghost Patrol did extraordinarily well in most departments, however, I would have loved to have more action-oriented or "wow" moments. This is personal preference as I am not as puzzle oriented as many enthusiasts.

If you are ever in the San Francisco Bay Area, you should 100% play Trivium's Ghost Patrol. The game is accessible to all skill levels (unlike, say, Palace Games in the area) and is family friendly as well. The puzzle flow was world class and you'll have a blast! For this reason, we have awarded Ghost Patrol with the Achievement unlocked Award for one of top escape rooms played! 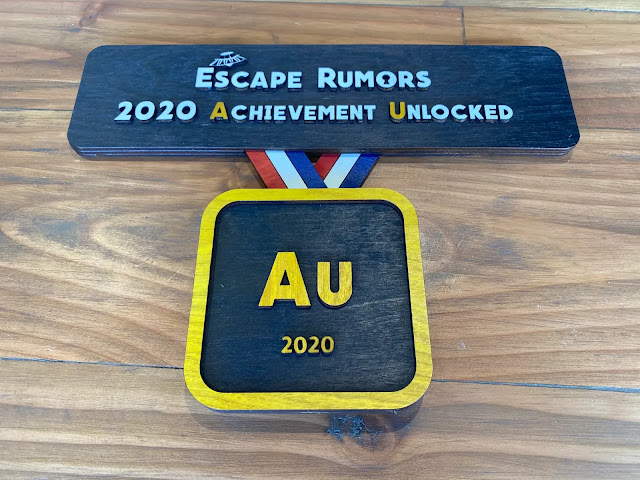 See their website here: https://www.triviumgames.com
Posted by Randy at 6:20 PM No comments: